What wildlife enthusiasts can discover in South West Wales.

Wildlife enthusiasts can discover so much in South West Wales. The wildlife you can observe varies considerably from the rare breed birds, the fascinating sea creatures and the amazing insect life. Whether exploring coastal areas or inland, wildlife enthusiasts will not be disappointed.

If a staycation is on your mind, then Cwtch Farm B&B and Camping is in an ideal position for wildlife adventures for you and your family. It’s easy driving distance to some of our favourite wildlife hotspots, as well as from our own piece of land with our resident kites and land mammals.

Skomer Island is located just off the coast of St Brides, Pembrokeshire. A unique and wonderful wildlife haven and it’s only a 15-minute boat ride from Martin’s Haven.

The Island is most famous for its puffin colony, who are resident on the Island between April and July where they come to breed and raise their young. During the mating season their distinct beak turns a bright colour of orangey-red. After this, they prefer to spend the rest of the year out at sea.

They have earned themselves the reputation as the ‘clowns of the sea’, this is partly because of the vibrantly coloured beaks but also because of their short wings. This causes them to have many haphazard tumbles and crashes on landing and taking off.

There are many more wildlife species to be found on the Island and is a bird watchers paradise with the chance to observe Manx shearwaters, razorbills, gannets, fulmars to name just a few. It is also well known for visiting bottlenose dolphins, harbour porpoises and Atlantic grey seals. Let’s not forget the unique Island resident, the Skomer vole of which there are about 20,000. 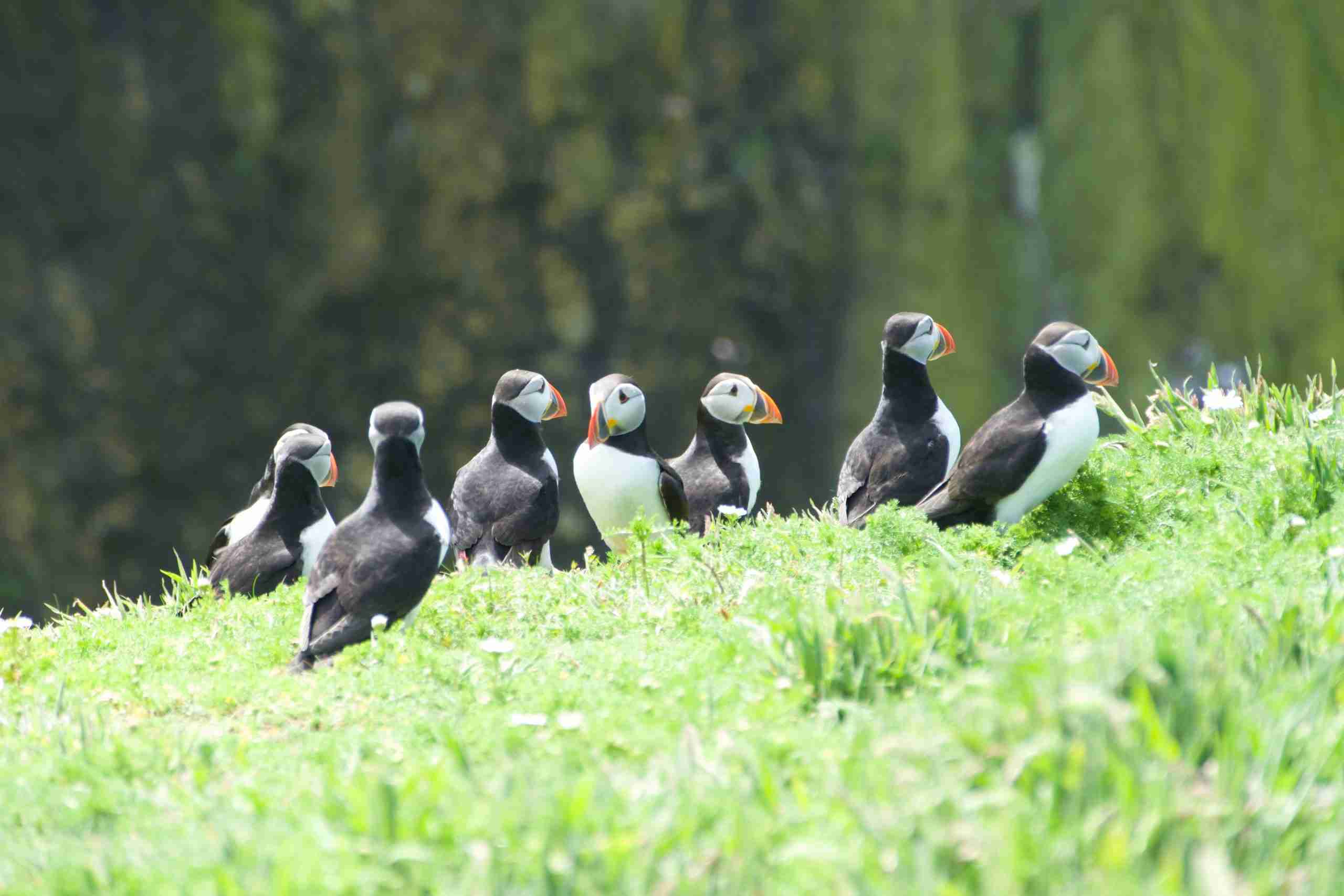 New Quay, Ceredigion is considered one of the best places in the UK to see bottlenose dolphins in the wild. It is possible to see the dolphins from the shore and is easier to spot the dolphins when the sea is calm. The New Quay pier is a good vantage point and there are boat trips that leave from the Quay for a close-up experience of the dolphins in their natural habitat.

In 1972 the ‘heritage coast’ classification scheme was introduced to protect parts of the coastline from unnecessary development. Most of which is owned by the National Trust. The Heritage Coast area in Cardigan Bay was created in 1992 from New Quay to Tresaith. In 1996 the coastline nearby was designated a Special Area of Conservation by the European Habitats Directive.

Taken into consideration at the time was the bottlenose dolphins and the grey seals. So were the reefs and the submerged and partly submerged sea caves. The rare jawless fish, the sea lamprey and river lamprey are also protected. These are eel-like creatures in which fossils have been found dating back 450 million years. 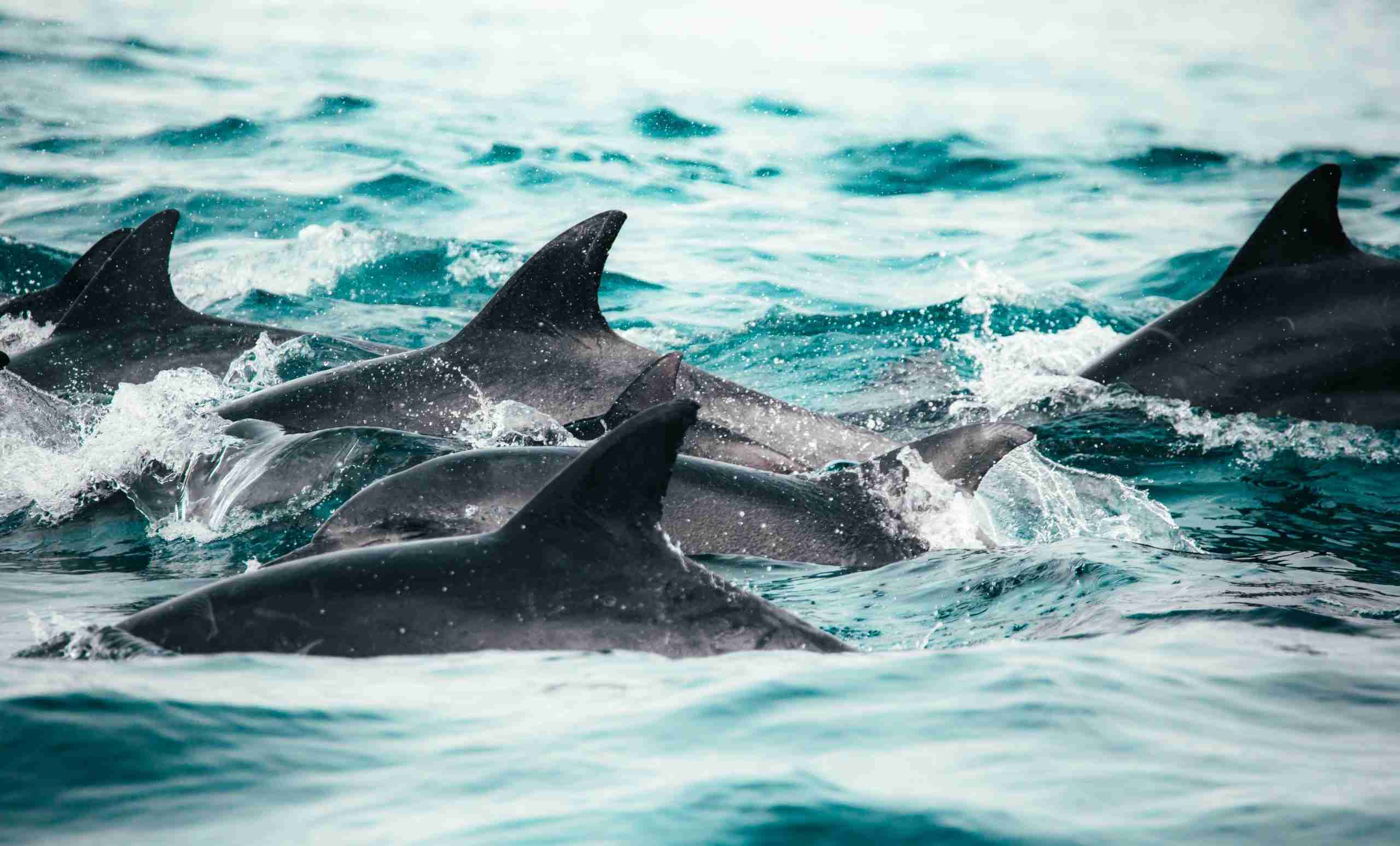 Llanelli Wetland Centre is the only Wildfowl and Wetlands Trust (WWT) Wetland Centre in Wales and has 450 acres of magnificent views and outstanding natural features. In this area, thousands of wildlife can be found living and breeding among the lagoons, lakes, pools and streams.

Here you will find pink Caribbean flamingos and the world’s rarest ducks and geese. You have the opportunity to hand feed the geese, which are quite tame. The estuary is visited by up to 50,000 waterbirds during the winter months and throughout the year there are also the birds of prey and five different species of owl.

Oystercatchers, cuckoos, swallows and warblers also frequent the Centre and not to be missed is the brightly coloured kingfisher. Also look out for the nesting Mediterranean gulls, the only colony of black-headed gulls in South Wales.

The abundance of fish in the area also attracts herons and otters. You can also look out for the water voles, damselflies, dragonflies and butterflies in special hideouts around the site.

Apart from the observation hideouts there’s more ways for your family to learn about the WWT and its natural habitat. You can join organised family workshops, den building, play areas and wildlife walks. There’s an onsite licensed café with views over to the Gower Peninsula and a gift shop where all proceeds go back into caring for the wildlife at the Centre. 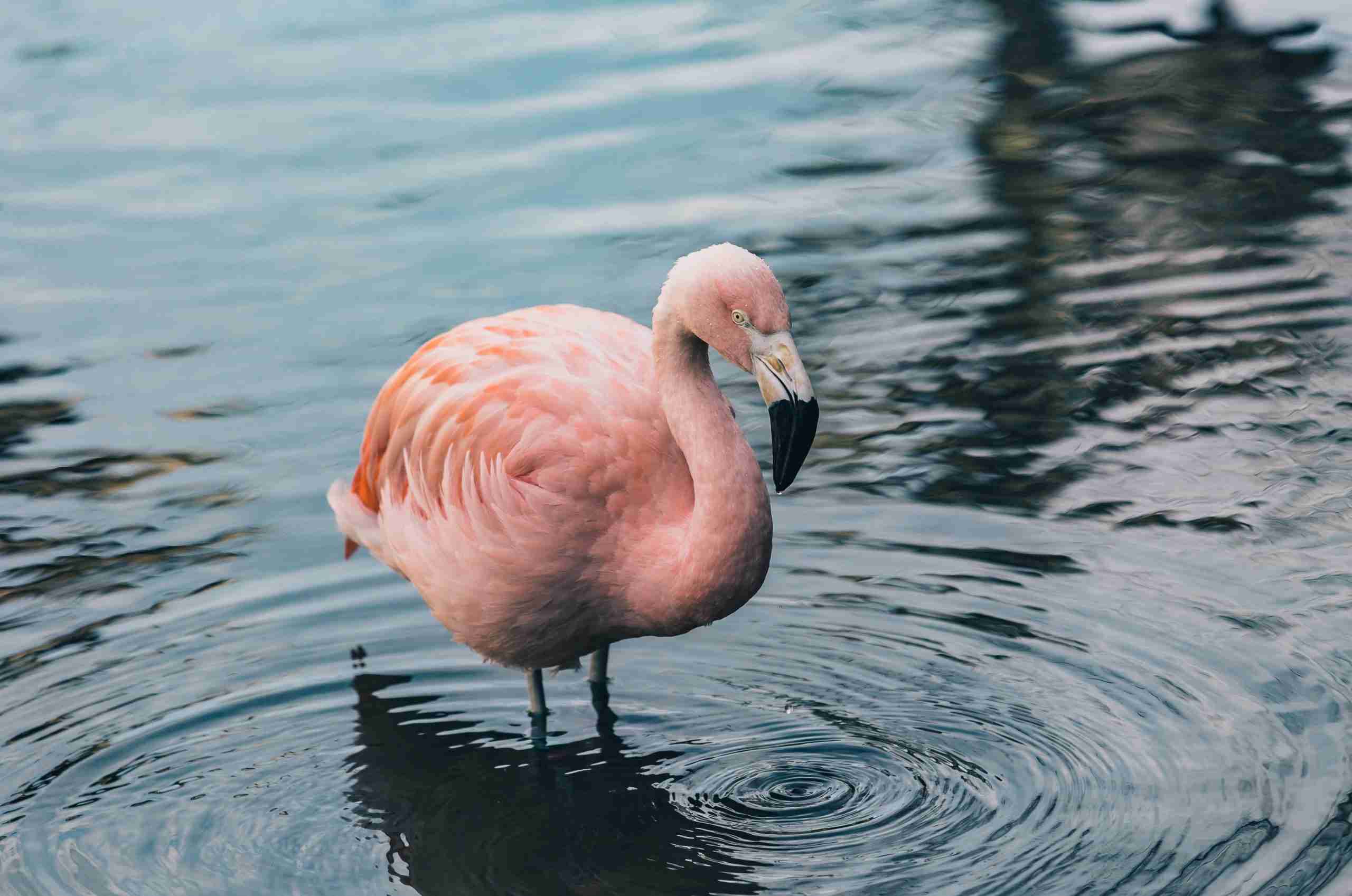 The Red Kite Feeding Station at Llanddeusant is located in the Brecon Beacons National Park and can attract over 50 Red Kites and Buzzards every day in a stunning aerial display.

Red kites are a reddish-brown colour, easily identified by their unmistakeable forked tail. They have a yellow beak with a dark hook and pale, striking eyes and are mainly scavengers (carrion eaters) but are capable of killing small mammals and birds.

The Red Kite Feeding Station was opened in 2002 by a local partnership with support from the Brecon Beacons National Park and the Welsh Red Kite Trust.
Visitors can observe the birds from specially built hides. It’s fascinating to watch them competing naturally for the food provided by the Feeding Centre.

In the early 1930s, only two breeding pairs of red kites were known to survive in the British Isles, both in central Wales. Careful protection of the Welsh Red Kites helped the population to slowly increase. Now the Welsh population is thought to number between 750 and 900 pairs.

Atlantic grey seals reside all along the 186 miles of the Pembrokeshire Coast. You may spot them on a quiet beach or rock shelf. They can be found swimming and bobbing up and down curiously staring back at the onlookers watching them.

The breeding season here in Wales is from early July to December, with the pups being born September to November. The British population numbers over 150,000.

The females have sleek, feminine faces, while the males’ heads are square and bulky. The males regularly patrol and defend their territories. The area can consist of one breeding cove or cave, or an entire stretch of coast, where they guard their females and pups.

Ramsey Island of St. David’s Head is home to one of the largest breeding colonies of Atlantic Grey seals in the British Isles. Throughout most of the year there is a population of approximately 100 seals around the Island, but this increases to an estimated one thousand during the breeding season.

Let’s not forget Wally the Walrus!

We have to mention the most unusual and popular visitor to our coastline. A walrus has arrived from his native arctic home. Apparently, he travelled here and settled in Tenby by drifting 2,500 miles on a Greenland ice flow.

He has been nicknamed affectionately ‘Wally’ and has become a major attraction in Tenby. He arrived in March 2021, having visited Ireland beforehand and decided to check out the Welsh coastline and seems to particularly like the slipway of the Lifeboat Station in Tenby.

He managed to sink a dinghy and also tried to board a boat in the harbour. The lifeboat crew sometimes have to move him when they get a call-out. They try to move him by waving a sweeping brush at him. Sometimes, they have to blast an airhorn at him to encourage him to move out of the way. He soon comes back to his favourite spot once the lifeboat has left on its rescue mission.

Conservationists began to worry when he disappeared over the Easter weekend. They think he wasn’t too happy with all the attention he was receiving. Kayaks, canoes and boats were getting too close for comfort, but he returned five days later to his favourite spot on the slipway of Tenby Lifeboat Station.

To protect his welfare, the Welsh Marine Life Rescue team are asking members of the public to not invade the walrus’ space.

His most famous trick appears to be balancing a starfish on his nose! With the help of the Welsh Marine Life Rescue team keeping onlookers at a safe distance, Wally appears to be quite happy with his new home for the time being. Where’s Wally? In Tenby for now.

A visit to see the numerous wildlife in the South West Wales is an amazing experience for you and your family. It’s such a fun way for your family to learn about the many species, where they live and the work involved to protect them. Remember to bring your binoculars and keep your camera handy.

Contact us now to book your wildlife break in Wales!